Someone recently told me I was a very spiritual person. I almost choked on the puppy I was consuming, and when I had properly swallowed, I informed this poor soul that no, I was most certainly not.

“But you write about spirituality all the time,” he insisted.

I performed a legendary act of self-censor and refrained from beating him over the head that is the container for his so-called brain. He kept on though, reiterating that he could never practice meditation or use sound to evict stagnation from his body or do yoga to stimulate the endocrine system to expel toxins, or practice breathwork to vitalize the blood chemistry, or live a love-centred life to benefit all beings with the burning and vehement powah of kindness. Not because these techniques could help him kill his illusions or vitalize his fields or augment his capacity to be kind (which are some of the reasons I personally use such techniques) but because to him, these practices belonged to a realm he labelled “spirituality,”  and he was not a “spiritual” person. But that clearly I am.

After NOT sacrificing him and his puppy to Satan’s hordes under the blood red assassin moon, I informed him thusly, and yes I paraphrase:

I do not consider myself spiritual or “a spiritual person.” I don’t use or like the label, not to mention: it’s inaccurate. Nor do I consider any of the practices I use, including the ones mentioned above, as belonging to a category marked “spirituality.” Some people do; I don’t. You have confused my investigations of Reality, self-study, my practice of living from the heart, and my quest to be self-realized, Sovereign and free from the matrix — with “spirituality.”

Maybe it’s because spirituality half rhymes with reality. More realistically, it is because the two are often confused. The search and practice of Reality and the goal of liberation is often contained within a spiritual or religious container, but this is actually a ludicrous place for it. As Adyshanti says, “It has no business being there.”

Most of what passes as spirituality today is a joke, a shallow sham with a price tag, and I have to say some of my reluctance comes from not wanting to be associated in any way with these superficial versions. However, even authentic, formal spiritual paths and religions can be tricky—traps—to many if not most practitioners, and I personally don’t use these frameworks. Some people, a tiny minority in my opinion, can and do become self-realized using the scaffolding of religion or spiritual paths. But in many cases what happens instead is that the dogma and belief system of the “spiritual path” or “religion” acts as a trap to the mind instead of an expander.

Often, the framework or religion or spiritual path, instead of providing a window to look out of, can become itself what is “looked at.”

“Religion is just a frame, and what we often do, is mistake the frame, for the truth that the frame points to.”

The framework becomes a defined end result, in effect, a dogma, instead of a tool to open possibilities. The seeker tries on the beliefs of a set path and thinks that if they just “know enough” on this path, they are becoming enlightened. The follower of a path adopts so-called “higher” perspectives and ideology sets, they hook into the computer function codes of the programs, they “believe” things, all in the name of freedom or enlightenment or realization. But these programs will never let you find freedom, because freedom isn’t found inside programs or frameworks. Religion and even Spirituality which was in some senses originally offering “alternatives” to religion, thus in many cases become tools to keep one’s mind boxed, rather than unboxing the mind from what Blake called “mind forged manacles.” The framework becomes a trap instead of freeing from the trap.

These paths can be dangerous to many seekers and often do the opposite of what people think and expect them to do. I consider many of them filters of confusion, offering layers that act as veils between the self and the living, breathing truth.

You may think I’m being harsh or incisive, but the thing about a sword is that it can cut through illusion, and I’m no longer going to keep mine sheathed. (Brandishes sword wildly, trips, stabs self in thigh, cries). A framework or a set of belief systems, even if they are liberating to self and other (and many are not), will eventually have to be discarded if you are planning on going all the way home.

If you are religious or a person following a formal spiritual path, I have nothing against you; I probably love you, I just don’t use your religion or framework or path, and nor will I, ever. I’m not trying to lessen you. I am trying to point out that liberation, self-realization, and reality are beyond all of your containers, systems, words, paths, and labels, even so-called “enlightened” ideas such as “we are all one”,  the concept of karma or reincarnation, the concept of ascension, the concept of “abundance,” the concept of X, Y, Z, never-mind T, G, and H. No religion or spiritual belief system or program contains freedom or reality, nor can they, and here is my main point: these frameworks can tend to (and vehemently DO) actually hold a lot of people in the prison while professing enlightenment and self-realization. Some people who use these frameworks realize they are frameworks but many more people do not, and become confused by them, thinking they are truth, when at best they can merely point to the truth.

So we need to be CAREFUL with them.

Certain techniques can help a person start being aware of the prison walls and sense their way to liberation, and yes, some of these techniques may have originated from or were initially contained inside the container of a spiritual path. But if I ever do or recommend a technique, I think of it like a tool. I don’t put the hammer on my altar of self, I use the hammer to build my altar, then I dismantle the altar. Don’t make your yoga or breathing technique or meditation technique or your belief that “all is one” into your guru, just use these if they are useful, to remove the veils between you and the living, breathing, flexing, sentient truth. If you are using religion, don’t just stay in the house that it represents, use the structure so you can look out the window at the Sky, at the Mystery, at the impossible, living, breathing truth that is beyond all frameworks. Use frameworks as windows, as doors, as Portals. Open the Portal. Go through. Meet the Presence on the other side; don’t mistake the framework for the truth; it’s just a way of framing truth, of making a door out of the illusion into freedom and that which is empty of illusion.

Frameworks are tools: Use them, walk through them, leave them behind.

Beliefs are tools: use them, then put them back in the toolbox. Throw away your toolbox. Get a new toolbox. Use tools. Then LEAVE THEM BEHIND. Or up-cycle them. Or give them to your bratty niece. Or burn them. Or laugh at the silly tool you once needed and do a dance in celebration that you are ready to discard it for the next tool.

It’s not necessary to buy into spirituality and all of the connotations and denotations of that term, to still be interested in freedom, self-realization, liberation, becoming a good person, even finding and uniting with your soul. There are millions of people who desire freedom and self-realization by whatever words you choose to describe this process, and they will never be attracted to what is commonly placed under the category of Spirituality, so it’s time we make it more clear that the two are not wedded irrevocably, that self-realization and liberation is not necessarily a “spiritual” pursuit.

What is a spiritual person? I don’t know, but go ahead and define that if it pleases you. (I do realize it’s a wide banner.) But I do know what I am: becoming Human. Becoming Real. Peeking out from the program every time I remember to notice my breath. Disentangling myself from the maze of mental traps (which are everywhere, infinite, and require our vigilance to dismantle.) Loving you. Again.

I don’t really eat puppies by the way (except for on full moons when I also turn into a werewolf assassin and rip to shreds every framework I can get my bloody claws on). 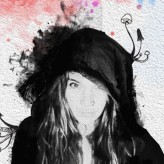 Previous StoryDragon’s First Correspondence
Next StoryLighting a Flame for Aslan