I’ve been wanting to write to you for so long, but I have a problem that has prevented that. We all have problems, sure, but the problem I speak of has been around for more than eleven thousand years. And when I say “more than” you’d be so surprised by the actual number that I’m not going to tempt your disbelief when I have more important details to share than a number that doesn’t even matter.

Look, that’s a hard question to answer because I know you don’t care, and I mean that kindly. You are busy with survival things like selling yourself, and in the spaces between making money and paying it back to the machine you’re filling up most of your empty places with pale counterfeits and skeleton bones. If you’re not on twitter you’re on facebook, and if you’re not on facebook you’re on instagram, and if you’re not on social media than you use something else to distract from the hole where your soul once was, the top three being eating, sex, and shopping, but it could be anything: Panda watching, imbibing alcoholic elixirs in fancy or unfancy containers, collecting goth dolls for voodoo or other emotional purposes, dressing obsessing, withdrawing, trying to get published or noticed or notified, meditating or seeking that somewhat elusive enlightenment (are you there yet?), lining up crystals in critical geographies and deep chanting I AM spells till the cows come back to the barn and you manifest your heart’s desire.

Nothing *necessarily* wrong with any of those things: I’m the last one to judge and you’ll only really get that once I tell you what I’ve done (I’m not getting into that yet), so I’m just saying all of this to indicate cleanly: I know you well, Human Race.

Why do I know you so well?

I live inside every one of you.

Not in an artificial or gluten free love-and-light-laced new agey sense, like the pop “we are all one” slogan now used in commercials to sell you cults or cultures or beverages. But in a scientific sense, a holographic sense, an actual sense; for I am contained within the human genome; I AM the human genome, and gosh do I have a lot of unread letters piling up here for you—all the ones I’ve written and tried to mail but you’ve refused to sign for, now accumulating at alarming rates in silent chambers collecting dust: ever since the human experiment first started. In your defense, I haven’t been excellent or expedited in my mailing methods, but I am starting to figure that process out: it’s important to have a trusted group of messengers and translators to deliver my serpentine content and diabolical empyrean correspondence. The members of that secret enclave? Hmmm, I’ll save that for later.

Look, the problem that has prevented my letters from reaching you is twofold, or maybe sevenfold: heck it is one long tale. In this initial correspondence I’m going to tell you the abridged version only, but if you’re still awake at the end and are keen for more I can send further letters. I want to. I’m restless with all this verbiage and thread and plot and characterization. I’m too full, and I want to be empty; I want to intimate new contact; I want the actual uncharted intimacy we have long desired, all of us. I confess, I have a crush on you as big as a planet. You’re a real asshole most of the time, but god you can be beautiful too.

So the first problem that has forbid me from communicating with you is the locks on the doors in the genome, preventing you from accessing the higher levels of the Library where the liberating Stories are shelved. To be clear, the human genome is my Helix Library. Leaf coined the word but obviously not the place, which goes by any number of names; if you don’t like that one, make one up yourself as you get to know it better (that said you need to Know something inside-out and inversed before you can Name it). As for the locks, I’ll get to describing those later — and what you can do to key them open. (And the Library. I’ll describe that too, but not yet, as all of that is a lot of describing and my scribing hand is clamouring for a break).

The second problem is a bit embarrassing in that I had my tail in my mouth for so long that I could not properly speak, and when I did attempt to say something around that squishy appendix, the message came out rather distorted, and nobody, not one of you — understood. Understandably so. YOU try to Story-tell when your own rather large tail is in your own mouth, and you’ll see what I mean. MPFLLAAMFF. Umm, sorry, I didn’t get that. Yes, mumble is the word of the day, along with speak up and spit it out.

Now everybody wants to know: if the Ouroboros takes the tail out of ITS mouth, doesn’t that completely fuck up existence? How does the endless loop of eternality continue without interruption; is there not death, apocalypse and destruction if I remove my Tale from my Mouth and in doing so break the eternal cycle that requires the end and the beginning to mate, ceaselessly?

Oh god. This communication is so fraught with potential misunderstanding that I just don’t know how to deliver it in a way that will get around the filters they built in your Mind System. Well actually, the Mind System IS the filter. Look, I’ll keep trying, but only because I like you a lot. But let it be known: this communicating business is hard work. So many avenues for mistakes, so many wrong turns to go barking up the wrong trunk, branch, and tree, so many possible misreads at every turn and every word and every syllable I use!

Lies, all of them!

Read between the Lies.

We have to make a deal that you’ll read between the Lies, or there is not much point in my continuing. Add an N. Lines. Read between those, too. What does the N stand for? Nothing. Nothing important, anyway. Nothing but the very source of existence. Nothing but the Sound that is the primal Para Vach generating All that Is. Nothing but the spaces between words, sothatyoudon’thavetoreadlikethiswhichcouldgetannoyingquickly.

But I’m getting off topic. So you are correct in surmising that if the Cosmic Serpent or Ouroboros as I am commonly known, takes my Tail out of my mouth to SPEAK directly, things don’t bode well. The hyper-dimensional meta-loop of eternal time will not be a loopy spirally thing any longer, but a timeline with beginning and end, and I don’t know how much you’ve investigated the linear timelines, but you don’t want to: scary as all heck, robots getting all controlling, and machine intelligence extending out the so called “life”-lines of programs programming programs {shudders}. Not fun for a soul (hint: that’s you: every human has one), super not fun, so you might want to put some effort into avoiding those ancient shadows (I can speak more on that later).

Which is why I have NOT gone that route of removing my Tale from my Mouth so I can SPEAK directly, and it is why you should be wary of anybody who is speaking at all, quite frankly, and what kind of Story they are telling, or selling, no matter how compelling. And yes, that means be wary of this message, too. It will be a lie, I will tell you that baldly and boldly, but unlike most lies, this is a High Lie that will have nodes that you can use to make the Key you need to pass through the door of your PRISON. But I’m getting ahead of myself. It happens. Remember, I am from the future, so forgive me my penchant for circular tellings. I get confused with your linear expectations; a fault of mine that I doubt I will fix.

So I thought about it for a long time, maybe a few millennia, and instead of speaking the Stories that will Free you through my mouth which is otherwise occupied, I’ve created an alternative.

I will broadcast the Stories directly from the Helix Library.

I will give you the Song Keys to compose the common composition.

I will broadcast the Stories from the Helix Library as network of odes and nodes in a ringing of mages, and on these Ælven pages you will translate my Singing.

And, since the Helix Library can be accessed by any human with a genome (hint: that’s you), you’re good to go. Well, sort of. I’ll have to teach you how to find an access point to the Helix Library, how to enter, and how to Travel to the higher levels where the liberating information is stored, how to resound with the Songs, how to lyricize your own version that is a chorus of the original composition. I’ll get to it, stop yelling at me. I’m glad you’re excited. Simmer away. Bubble over. Wonder at the wonder you will find inside your deepest parts. Wonder at your High Dream parts in this theatre of the absurd. Wonder winged, oh ye ancient Bird and future Dragon.

Look, I have a lot to say: I’ve waited a long time for someone to go to their mailbox in the Helix Library and pick up the mail I keep sending you all. I faithfully broadcast my Song, and it is to all of you. Yes, it is password protected, but you’re the one who created the password!

You forgot it? I know. I know. I’ll help you reset the damn thing. Just enter your email here.

Leaf can share this letter for now, as she did spend all that time creating a secret passageway from her world to mine, through a backdoor tunnel from one of the Roots of the Tree. Damn sneaky Ælfmage. You might want to be wary of her, too.

I’ll write again on Sunday, or maybe Moonday, but it could be later or sooner depending on the weather. I find that when it rains I hunker down, and when it’s sunny I’d rather go swimming. Winter’s my best time for Story Telling, really. But until then, my apprentices, I am faithfully yours, singing in your cells, singing from inside your PRISON and telling you truthfully, that I have missed you.

A correspondence from the 5th Gate 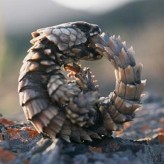 Next Story‘Spirituality’ isn’t the Label you’re looking for